Zara Tindall looked pleased with her performance today as she climbed into the saddle at the Burnham Markets International Horse Trial.

An accomplished equestrian with decades of experience on the British circuit, Zara was in high spirits as she showcased her impressive showjumping skills in north Norfolk. 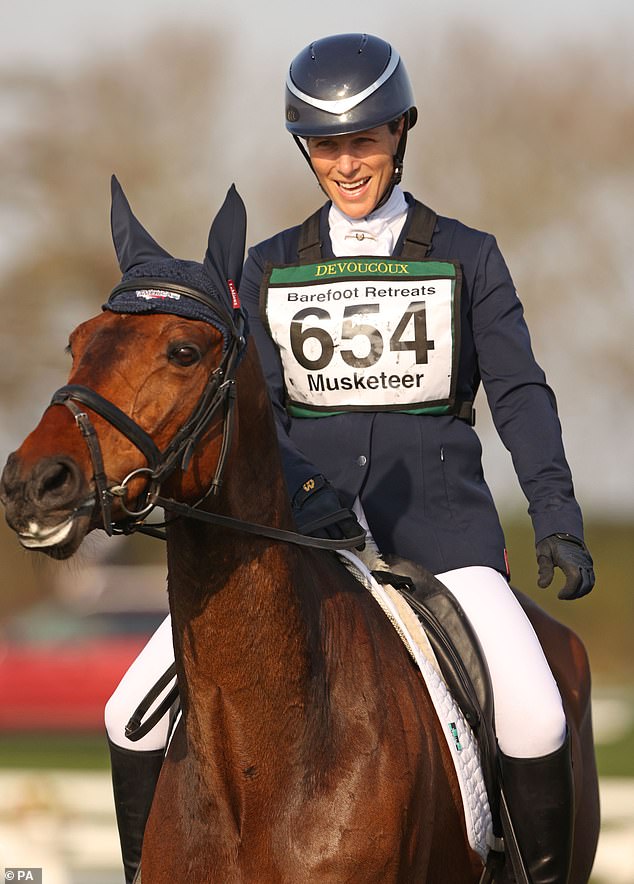 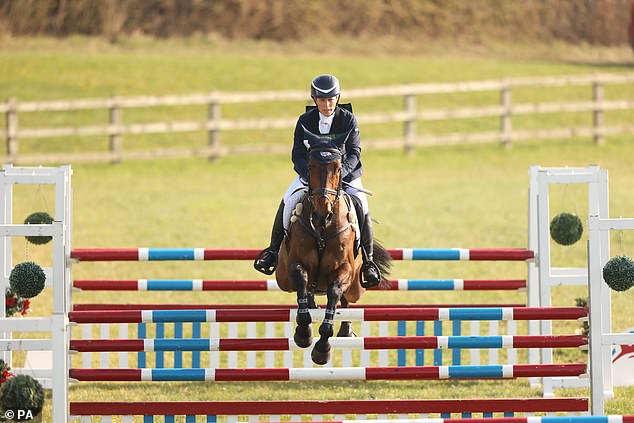 The Queen’s eldest granddaughter, 40, joins fellow equestrians on the prestigious three-day horse track for another day of show jumping, cross-country riding and dressing. 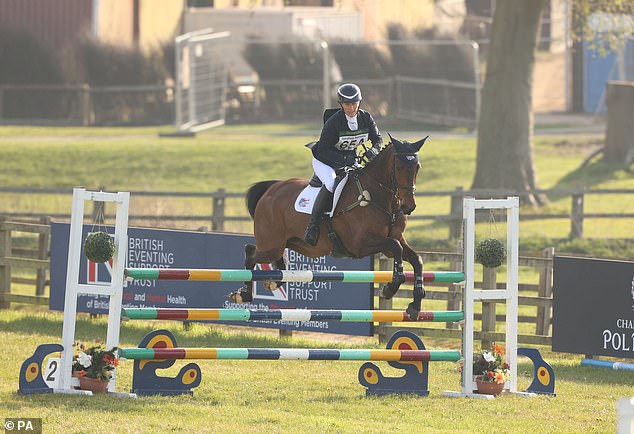 An accomplished equestrian with decades of experience on the British circuit, Zara was in high spirits as she showcased her impressive showjumping skills in north Norfolk. 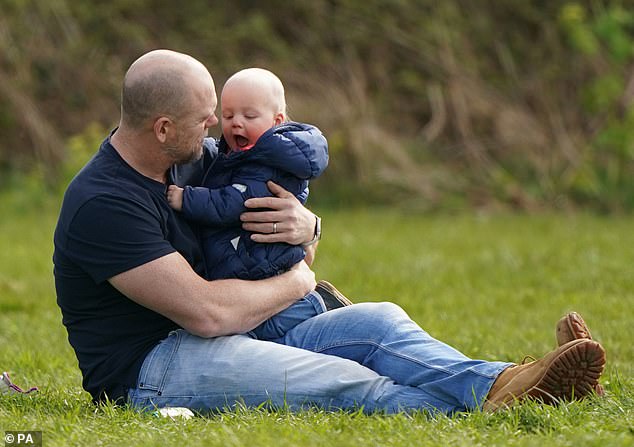 Smile for dad! Baby Lucas Tindall, who just turned one last month, looked delighted to be in his father Mike’s arms as they watched Zara at yesterday’s event.

Royal, who won a Silver medal at the 2012 London Olympics, beamed as he rode his Showtime horse, a nine-year-old mare he shared with three fellow equestrians.

Zara, who is married to former rugby player Mike Tindall, 43, yesterday joined her husband and three children, who proudly cheered her on at the event.

Zara, who gave birth to youngest son Lucas in March last year, wore a navy jacket with white riding trousers and black boots which she paired with a blue helmet as she sat on the horse.

Sticking to the regal look, Princess Anne’s daughter wore minimal makeup, and tied her long blonde hair under her helmet.

This is the kingdom’s second day at the event. Yesterday she was cheered on by husband Mike and their three children Mia, eight, Lena, three, and Lucas, one. 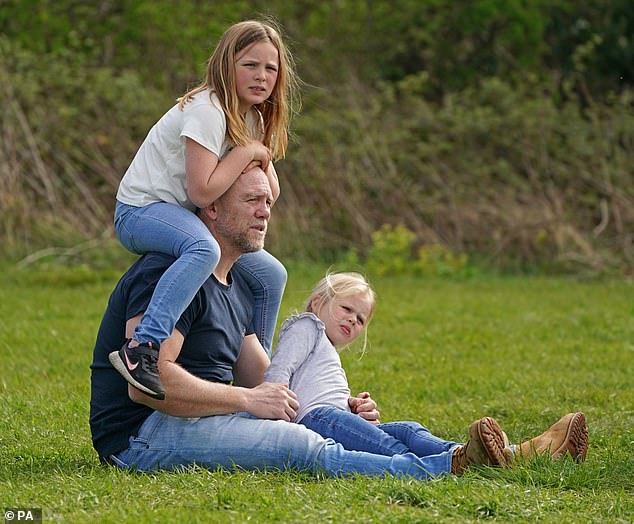 Who needs a climbing frame? Father of three, Mike Tindall, was busy taking his kids to the Burnham Market International Horse Trials yesterday. Eight year old Mia is climbing on his shoulder while Lena is lying on his lap

…and for mother! Lucas is on hand to give Zara’s mom a hug once she’s done with her show at Horse Trials

The girls burst into laughter as they piled their dad on the grass and came face to face with the inflatable bumper car.

But it was their baby brother, Lucas, who stole the show, grinning widely as he was carried into his father’s arms for a cuddle.

Former England rugby player Mike looked at every inch of the proud dad as he gazed lovingly at Lucas, who celebrated his first birthday last month.

In 2020, Zara described how riding for her country was her ‘dream’ and how lucky she was to have her horses locked up. 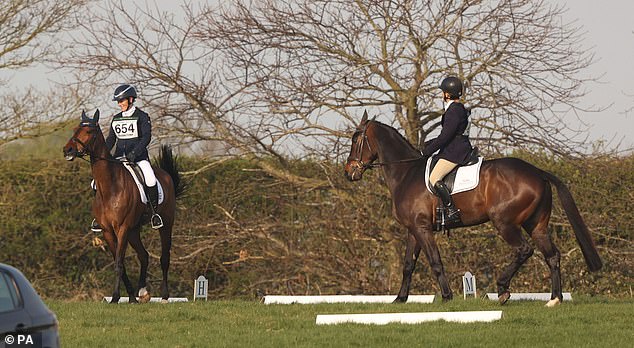 Zara (left) wears a navy blue jacket with white riding trousers and black boots which is paired with a blue helmet as she sits on the horse.

He told the royal special issue of Horse & Hound magazine that he enjoys the pressure of competing.

He said: ‘I love riding for my country; it was the best experience of my career, to take your horse to that level is what it’s all about, and what we all stand for,’ he said at the time.

“I love big events because I like pressure – sitting on a horse you know well enough, you’re fully prepared, riding for your country, that’s your dream.