At the hospital, Bridget tells Steffy and Ridge that she is pleased with the progress she is making. Steffy croaks that she wants to go home. Bridget warned it was too soon. Ridge tried to ask Steffy again if she remembered what happened that night. “Who did this to you?”

In the corner of the hospital, Deacon had no idea Sheila was stressed enough to jump off the roof. Sheila cries that she will – she just wants the pain to go away. Sheila recounts how Taylor appeared and slipped off the roof. “He saved my life and I saved his life.” 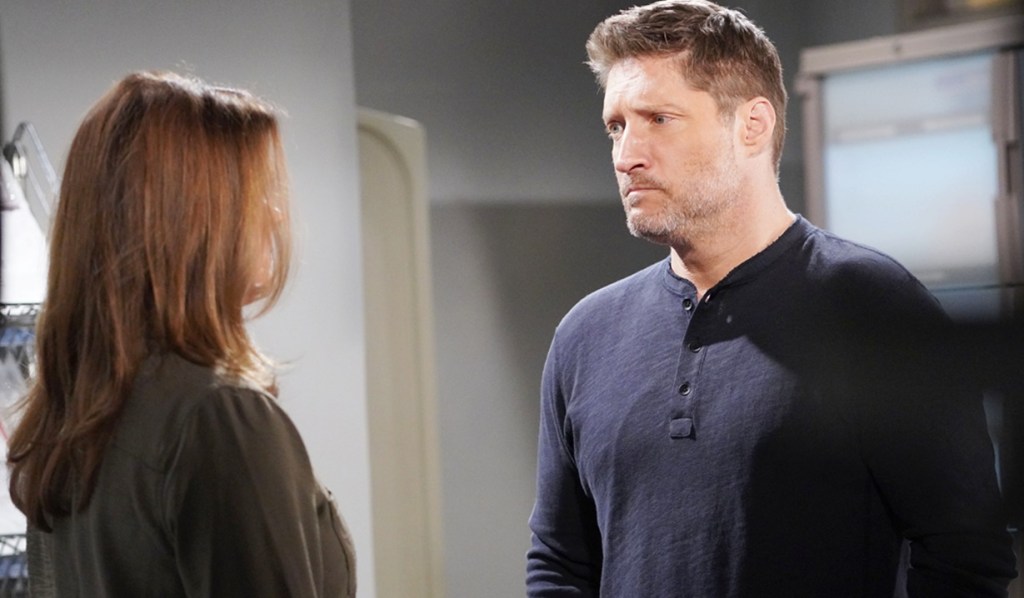 In the waiting room, Liam and Hope talk to Taylor about the difficult conversation they have to have with the kids. Brooke arrives, pleased to hear that Steffy is awake. He asked, “Where’s Ridge?” Taylor explained he was with Steffy. Brooke thought she probably shouldn’t interrupt. Taylor nodded. “Maybe.” Brooke questions if Steffy hasn’t said anything about who did this.

Again: Another surprising B&B touch ahead

At the design office in Forrester, Quinn tells Carter that he thinks it’s time to return his attic key. He hangs them up as he contemplates that he thinks there might be someone new, and then pulls them away. “But I never thought of you and Paris.” He realized that was why Paris and Zende weren’t engaged and asked, “Carter, what are you doing?” Carter explained it was a mistake they had to fight back. Quinn knows very little about fighting her attraction. They share a smile.

In the corner of the hospital, Sheila complains to Deacon that her son has died. Deacon reminds him that he has to stay in this world for Hayes, especially if Steffy doesn’t make it. Sheila says she’s awake and Deacon is pushed. He wished he could go back in time before they were shot and stop him. The deacon was very sorry. Sheila too; he just wished he could tell Finn that. He wanted to meet her one more time and tell her that. He was gone and he would never be able to see her again. Deacon hugged Sheila who was sobbing. 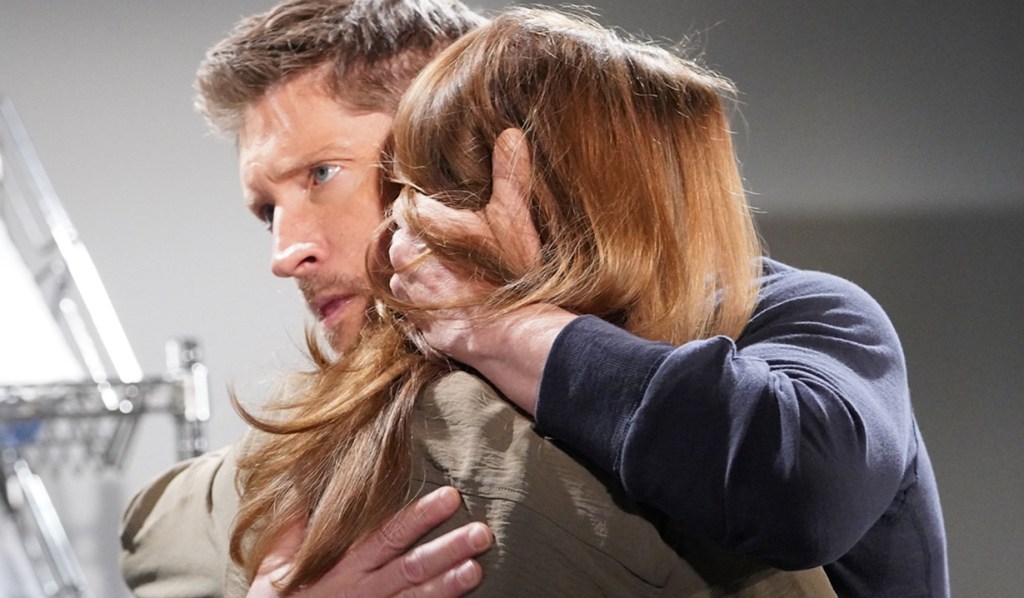 In Steffy’s room, Ridge and Bridget ask the patient why he and Finn are in the alley behind Il Giardino — did they go out for a drink? Steffy, frustrated, wants to help. Ridge wondered if he could remember faces—male or female? “Who shot you, honey?” Steffy wanted to remember but couldn’t. Ridge reassures him and urges him to rest. Stepping away, Bridget reassured Ridge, “It will happen.” He agreed. “He will occur. I promise you.”

After Steffy fell back asleep, Ridge told her daughter she knew more heartache was coming for her, but she was there.

In the waiting room, Taylor tells Hope, Liam, and Brooke that Steffy doesn’t remember anything about the shooting, but she’s making a lot of progress. Hopefully, he will be able to connect the dots and remember who did this. 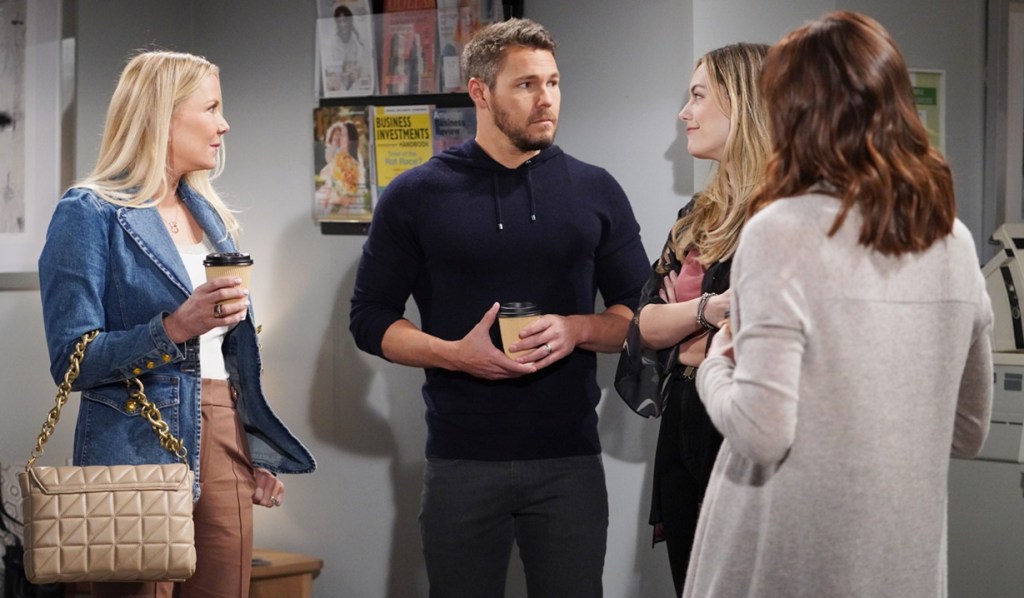 Bridget goes out to tell Taylor that Steffy’s memory hasn’t returned. He urges the brunette to hang in there and reminds her that it might not be a bad thing that Steffy doesn’t remember everything now. Sheila creeps and eavesdrops as Taylor frets that she can’t imagine what Steffy must have looked like and relived that night, but she knows it’s important to put the culprit behind bars. Bridget insisted on giving him time. Taylor fretted, “But when will he remember? When can he tell us what happened?” He regretted that whoever did this was just walking free. Bridget again asked Taylor to be patient. Taylor asked if he was sure Steffy would remember him. “You think maybe Steffy doesn’t remember what happened that night?” 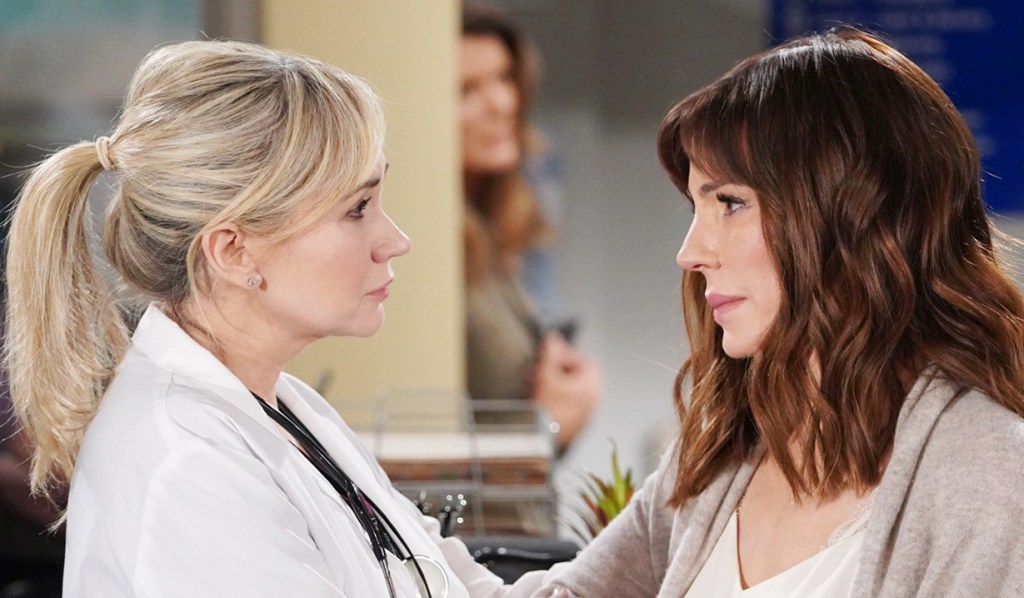 Liam tells Hope, as Brooke watches, that he will come in and see if he can talk to Steffy. Brooke thought it must be hard for her daughter to see Liam standing guard beside Steffy. Hope narrowed his eyes and reminded his mother that Liam had a child with him and was where he belonged. Brooke thought she should have gone there with him. “Liam is your husband.” Hope reassured him that he had nothing to worry about—nothing would change that. 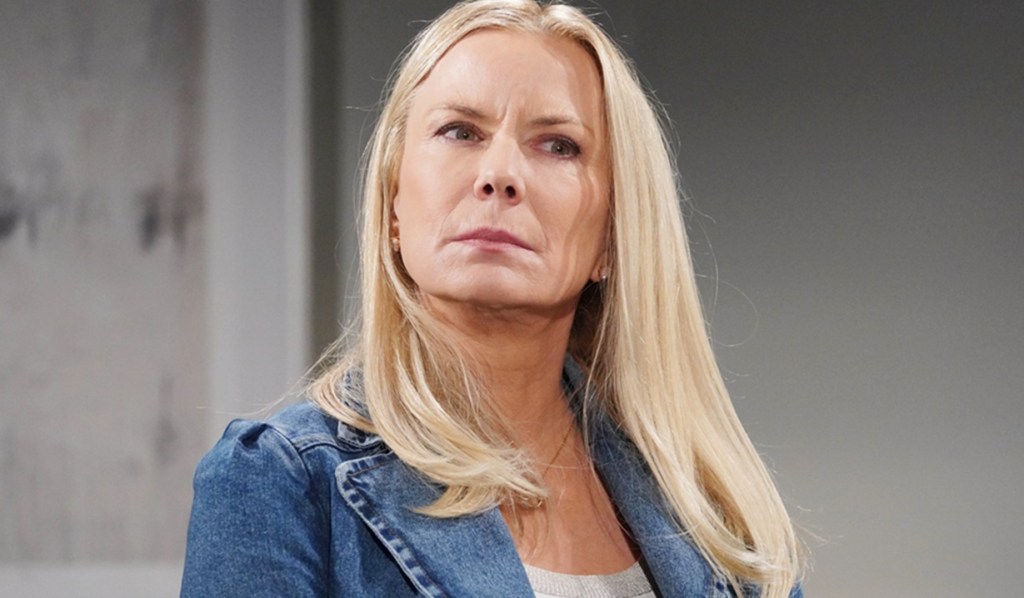 At the design office, Quinn teases Carter that he’s going to talk to Paris. Carter assures Quinn that it’s over with the young woman, but admits the truth, she hasn’t been doing well since she got back to Eric. Maybe that’s why he hooked up with an unavailable woman. It was a relationship he knew was going nowhere. He couldn’t risk starting anything real, not when a part of him still wanted, hoped… “I miss you, Quinn.” Quinn returns the key and they join hands. He was hoarse, “I missed you too.” They stood looking into each other’s eyes, holding hands. 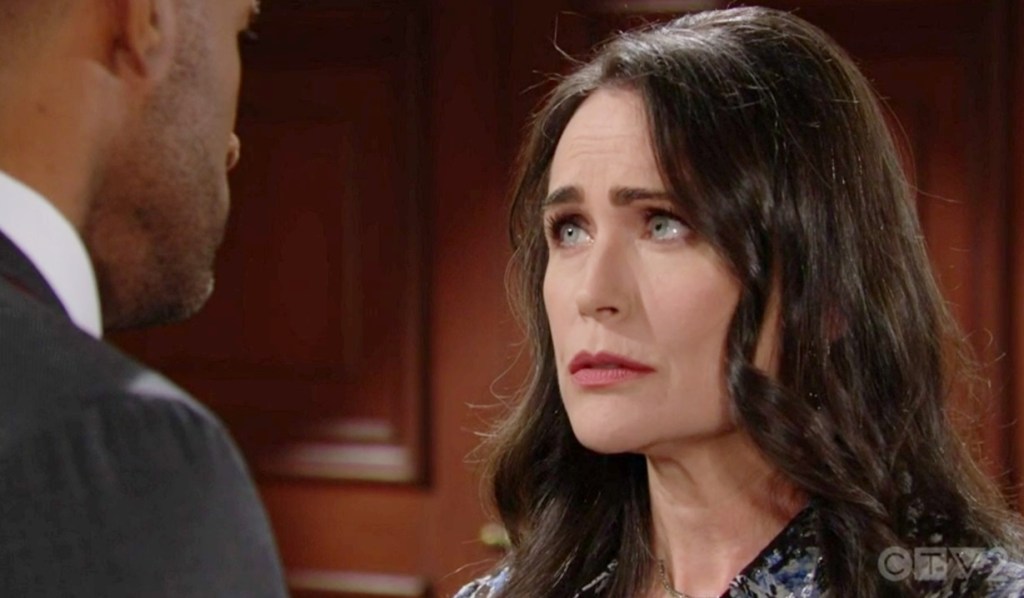 Again: The next B&B change makes the battle with Logans

In her hospital room, Steffy wakes up from her slumber and asks, “Where am I?” After getting his bearings, Ridge reassures him that all is well and to rest. Liam came in and Steffy gasped, “Liam?! Oh, Liam!” Liam caresses her face and tells her how worried he is that she will leave him. Steffy cried, “I will never leave you! I need you! I need my sweet husband!” Ridge and Liam exchange frightened looks as Steffy suffers and caresses Liam’s face.

Next The Bold and the Beautiful: Liam steps up to Steffy, Carter asks Quinn to make a confession.

Find out what Scott Clifton thinks of the Steffy/Liam/Hope triangle in the photo gallery below.