At the hospital, Ridge asks Steffy if she remembers who shot her that night. Taylor explains that they don’t want to stress him out, but can he remember whatever happened at Il Giardino. Steffy said a word that sounded like ‘mom’ but maybe ‘water’.

In the waiting room, Liam, Hope, Paris and Zende have reason to hope now that Steffy is awake. They discussed how fierce Steffy was and how she would never leave Kelly and Hayes. Liam heaved a sigh of relief that he was given another chance.

Again: B&B star explains why the main character isn’t around

Hope called Brooke from the screen and reported that she was glad Steffy was awake and wanted to come to the hospital, but also wanted to honor Taylor and Ridge at this time. Paris again wonders who shot Steffy.

In the hospital room, Thomas realizes Steffy is sick to speak. He suggested they let him write it down, but Sheila intervened. Ridge barks at him to avoid him and they finally understand Steffy is asking for water. Taylor gave him a drink through a straw. Ridge asked again, “Do you remember anything?” Steffy shook her head. Sheila sighed with a small smile of relief. 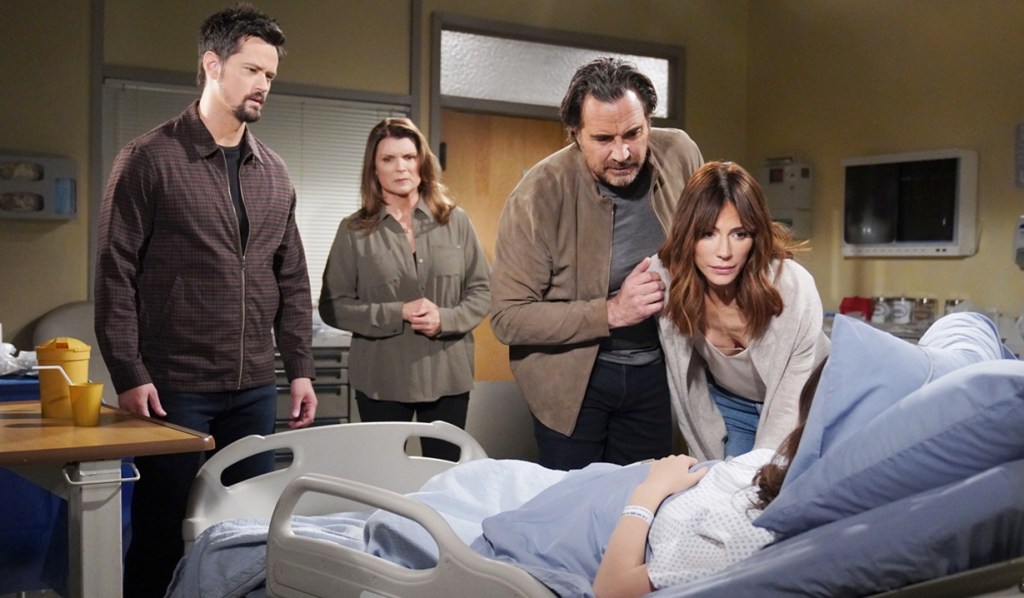 In the hallway, Zende hangs up from notifying Carter as Thomas comes out of Steffy’s room. Liam asks if he has spoken. Thomas said he asked for water. Zende thinks Taylor and Ridge should be relieved and Paris Steffy’s figure can feel the love. Liam asks if the worst is over. Thomas explains he won the battle but there was a whole war…they had to hope for no more surprises.

In Steffy’s room, Taylor urges her daughter to rest so she can recover. Sheila stood there and listened as Taylor told Steffy she wasn’t on opioids and they made sure she was getting excellent treatment. Bridget comes to examine the patient and asks how Steffy is feeling. He hoarsely, “Okay.” Bridget asked if she knew why she was there. Steffy said, “Shoot.” Taylor worries that he’s not talking much and suspects he’s suppressing his traumatic memory. Sheila asks if there is any chance she will never remember. Bridget explains that her memories can come back in chunks or all at once. Taylor knew Steffy would want justice – whoever did this would be held accountable. For now, as his mother, all he cared about was her getting back with them. Ridge put his arm around Taylor’s shoulder and Sheila looked nervously at Steffy.

In the corridor, Liam worries about something else that could happen to Steffy. Thomas tells the group to stay positive. Paris wants Thomas to tell her that everyone in Forrester cheered when they found out he was awake. Liam asks if he has any memory of what happened. Thomas explained that until now he didn’t remember anything. 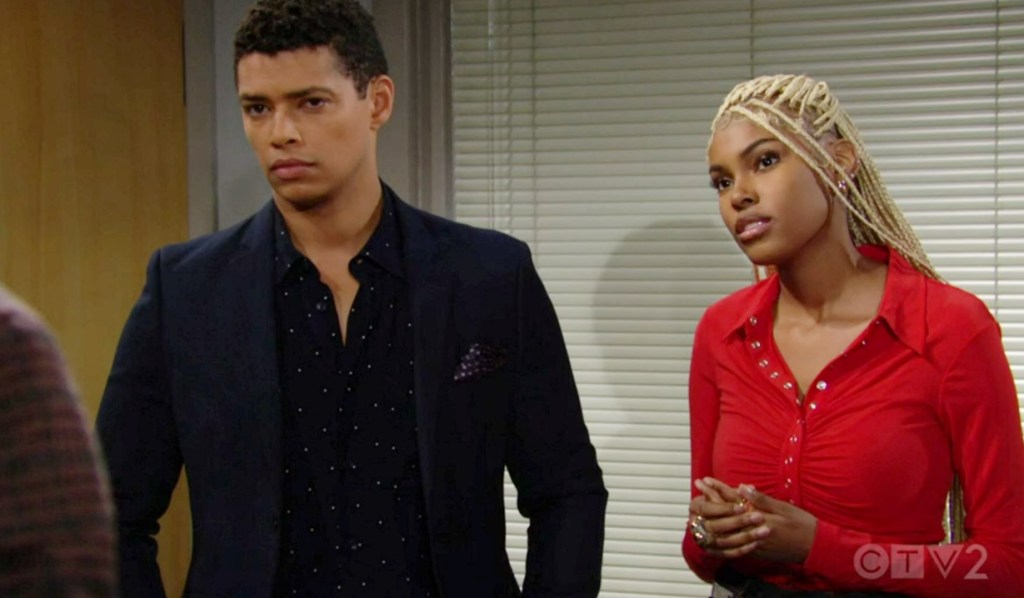 In the room, Sheila fishes with Bridget to see if Steffy is improving. He reports that he is responding very well to treatment. Taylor and Ridge were thrilled. Finn would love to know he was being cared for by an amazing doctor. They all headed down the hall, where Sheila warned Ridge and Taylor, “We mustn’t get ahead of ourselves.” They looked at him strangely, and he told Taylor he was happy for him. Taylor is enthusiastic about Ridge that they are blessed – they really are – but wonders how they are going to tell him about Finn. Ridge felt they had to be strong for him; they have to be there for him. He turns to Sheila and tells her they feel her and hope she finds peace, but it’s time for her to go. Taylor intervenes to say he can stay. Sheila is the grandmother of Steffy’s children — she is a part of them. “He belongs here.” 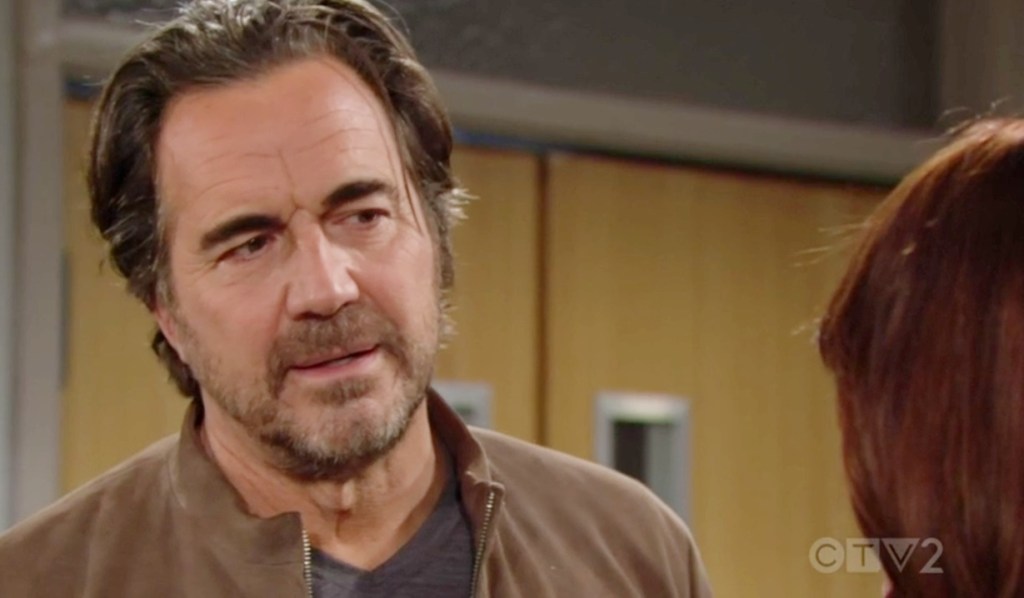 See also  Exclusive: Lost rainforest could be revived across 20% of Britain | Environment

Hope and Liam visit Steffy in her hospital room, but she closes her eyes. They were amazed that he had returned to them and would return to his old self in no time. Hope conveys that everyone at Forrester sends their love and so does his mother. Liam tells Steffy that the kids are fine. He’d be back on his feet with Kelly and Hayes in no time. They left him to rest, but he opened his eyes and saw them coming out of the room.

In the hall, Ridge tells Taylor that Steffy is not one of them. Sheila interrupted, “My son is dead.” Ridge knew that, but he could mourn it in his own way. He didn’t think Steffy would want Sheila here. Taylor said that he would if he found out! He told Sheila, “I have to tell her.” He tells how he found Sheila on the roof ready to jump. “Something happened up there, Ridge. Sheila saved my life.” Ridge, confused, asks how. Taylor explained how she slipped and fell off the roof and literally dangled off the ledge. Sheila found the strength to pull him back onto the roof. “I wouldn’t be here if it weren’t for him!” Ridge looked at Sheila and then at Taylor. Sheila stared at Steffy in her hospital bed through the window blinds.

Next The Bold and the Beautiful: Carter commits to doing the right thing, Sheila attacks Deacon.

Don’t miss the excitement of our soap opera drinking game in the photo gallery below.